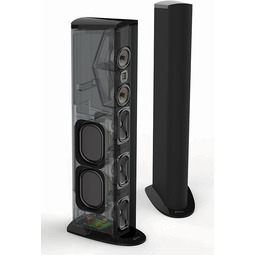 Description and Design
If you've seen the Triton Two, imagine a speaker that's the same general shape but a little taller, a little wider, and a little deeper—that's the Triton One, at 54" high by 8" wide by 165/8" deep, 80 lbs, and $4999.98/pair. I find it sleek, and like the fact that its looks don't draw too much attention to the speaker, but I know that some consider the Triton series too plain looking. The cloth-covered look has worked well for some highly successful speakers, such as the Vandersteen 2 and the Quad ESL-63. However, if you want your speakers to look like fine furniture, the Triton One may not be to your taste.

Setup
The Triton Ones were set up in my listening room in about the same positions other speakers have occupied (footnote 1). Sandy Gross came by to help set them up, tweaking the speakers' distances from the front and side walls and their angles of toe-in. The Triton One is provided with spikes, though I didn't install these until the speakers' positions were finalized. But when all spikes were fully screwed into the speakers' bottom plates, Gross felt the angle was not optimal—when I sat down to listen, the tweeter axes fired somewhat over my head. The solution was to lean the Ones a bit forward, which he achieved by leaving their spikes installed at the back of each speaker but using only the smaller rubber feet at the front.

Sound
Once I begin a review, I try to keep as a constant every potentially confounding variable that could influence my evaluation of the product. I don't change components in the system during a review—but this time I had to make an exception. The problem was with my digital source: an Ayre Acoustics CX-7eMP CD player. I was in the initial phase of break-in and casual listening when the Ayre began to make a purring sound when playing a disc. This would continue until I stopped the player. Sometimes the purring would go away for a while—and then come back again. There was no obvious effect on the sound, but I couldn't be sure that it wasn't having some subtle effect, and it wouldn't be fair to the Triton One to review it with a source component that may not have been working properly. I ended up replacing the Ayre CX-7eMP with PS Audio's Direct Stream DAC (DS) and its companion Perfect Wave Memory Player CD/DVD transport (PW); the full story of my experience with the DS and the PW can be found in my Follow-Up review of the Direct Stream 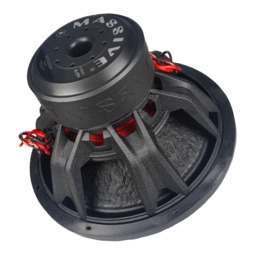