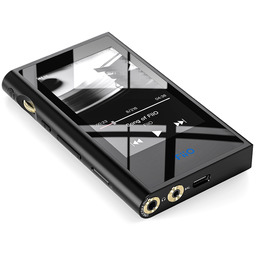 When developing the M9, we at FiiO saw that there wasn’t any one player that combined all of the functions people want. Was there a player that could transmit the HWA/aptX/aptX HD/LDAC lossless Bluetooth codecs, even when used as a USB DAC? What about something that also contained a highly optimized audio circuit for excellent sound quality? Did any players also give the user an experience worthy of a flagship, capable of many features including Wi-Fi music streaming all in a slick interface? We sought to change that with the M9 – which does all of this and more.

Bluetooth audio unleashed with full format support
The M9 uses Bluetooth 4.2 and supports virtually all Bluetooth formats including the high-resolution ones for your ultimate listening pleasure, including: 24-bit aptX HD (also backwards compatible with aptX), LDAC, and HWA. As a Bluetooth transmitter: LDAC/aptX/aptX HD/SBC (both natively from the player and through USB DAC) As a Bluetooth receiver: SBC (LDAC to be added with software updates)

Built-in dedicated FPGA with DSD128 hardware decoding
Inside the M9 is a high-performance A3P030 FPGA, responsible for ensuring your music (whatever sample rate) is played back accurately by stabilizing digital clock signals. The FPGA also decodes DSD64/128 in hardware, which the M9 supports in ISO/DFF/DSF formats.

Eight-layer HDI PCB ensures excellent sound quality
For the first time, in the M9 FiiO uses an eight-layer HDI (High Density Interconnect) PCB with a thickness of only 0.08mm. While the M9 PCB is more complex than the one in the M7, it also allows more components to be integrated into a smaller space, leading to a smaller PCB and a smaller device overall. Combined with the fact that the M9 PCB is L-shaped, similar to modern smartphones, and you have a recipe for outstanding sound quality.

Specially-designed audio circuit with balanced and single-ended outputs
The TI OPA1612 is used as the LPF, while the TI OPA1622 serves as the current buffer. To achieve single-ended and balanced output, there are two OPA1622 op-amps used that provide up to 77mW* of power under a 300Ω load.

Always your faithful companion
Under normal usage the M9 can last around 10 hours, while in deep sleep (standby) mode the M9 can be still be used after a whopping 45 days! And being in deep sleep mode does not mean sacrificing convenience – just hit the power button, and the M9 instantly is ready to go.

Indulge in the pleasure of balanced
The M9 contains both single-ended 3.5mm and balanced 2.5mm audio jacks, for even more ways to listen with your headphones. The M9 also supports in-line controls in both CTIA (common with Android headsets) and iOS headsets. (With iOS headsets, only play/pause functionality is supported)

Bring out the best in your computer with USB DAC functionality
The M9 can be used as an asynchronous USB DAC with both Macs and Windows PCs. With Mac computers, you can just plug-and-play the M9 with no drivers needed. With Windows PCs, a simple install of drivers by FiiO is needed. The M9 can also act as your computer’s Bluetooth transmitter – simply hook the M9 up to your computer as a USB DAC, and then have the player transmit Bluetooth audio to your headset!

USB audio and coaxial out support
The M9 supports USB audio out (send digital audio bits through USB), with even support for DoP/D2P. Also, the M9 is one of the few players that can receive Bluetooth audio and output it through coaxial (SPDIF) out.
*You can select between USB Audio DoP/D2P in the settings menu

Incredibly fast with a deeply customized OS
In the heart of the M9 lies the Android operating system, deeply customized by FiiO. This allows you to navigate through menus at an astonishing speed and with amazing ease due to the carefully thought out customized user interface. Also, apps for popular streaming services including NetEase Cloud Music, MOOV, Tidal and KKBOX are pre-installed to allow even more ways to listen to music.
*Can install whitelisted third-party music streaming apps
*Whitelisted apps: NetEase Cloud Music, MOOV, Tidal, KKBOX, Spotify, Qobuz, Roon and Deezer.

An intensely orderly design language
The all-aluminum body tastefully combines both straight and rounded edges in an unmistakably unique design, with the gentle curve of the left side naturally transitioning to the bold straight lines of the right side. Despite its beautiful form, the M9 doesn’t sacrifice functionality – the volume wheel has been upgraded for more accurate control and a better, more tactile feel; while the power, play/pause, and change tracks buttons on the left have been arranged for even greater comfort in using the player.

LG IPS touchscreen with in-cell technology
Adorning the front of the M9 is a vibrant, clear 3.2 inch IPS screen capable of 16 million colors and supporting 5-point touch. This IPS screen allows you to easily operate your device with its ability to show even the finest of details.

Be accepting of all music with 2TB of storage
The M9 comes with a healthy 2GB of storage, but the storage can be expanded up to a massive 2TB with micro-SD cards!

Hi-Res Audio certified
The M9 has been certified by the Japan Audio Society to be “Hi-Res Audio” worthy, only achieved by devices truly capable of bringing a realistic and natural audio experience.

Wealth of accessories fit for a king
Every M9 comes with a TPU case, high quality USB cable, and a tempered glass screen protector. An optional PU leather case is also available. 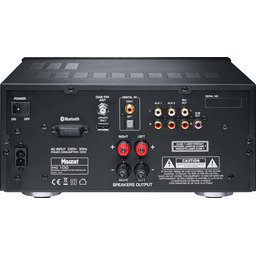 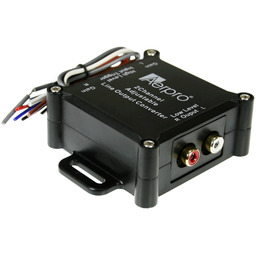